ŽOS Trnava is in full swing and as at the beginning of the year, in the autumn it also scored one success after another. At the end of November, ŽOS employees put the new premises of the freight wagons division into operation. At the same time, they managed to sign contracts for the supply of wagons for the German company RDC Asset GmbH and the supply of 100 frames for hybrid locomotives for Toshiba Railway Europe GmbH.

Based on the constant need to increase efficiency and production capacities, the management of ŽOS Trnava decided to invest in effective warehouse management and creating a new production space with high added value.

“At the end of November, we ceremoniously put the new premises of the freight wagons division into operation as the first stage of the investment project. We acquired 2 productive tracks and 6 box stations with a total area of 1,500 m2 of production area, which is managed by two cranes with a capacity of 8,000 kg,” says Miloš Kyselica, Deputy Chairman of the Board and CEO of ŽOS Trnava.

In the second stage of the investment plan, two more box sites will be added to the six newly established box stations. “The fact that we were not wrong in our investment decisions is proved by the fact that the Laers wagon reconstruction project for Deutsche Bahn is already located on the newly created production area. Representatives of the German company appreciated this as a pro-customer step on our part, “says Zdenko Lančarič, Executive Director of ŽOS Trnava.

Stable exports to the West

Following the successful conclusion of negotiations in November, ŽOS Trnava, a.s. concluded a contract in which the modernization of seven wagons will be carried out for the German company RDC Asset GmbH and produce 100 frames for hybrid locomotives Toshiba Railway Europe GmbH. 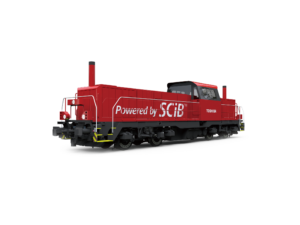 “We are ready to provide additional capacities for possible frame options, as well as capacities to produce other welded structures and units, if the projects progress successfully. These projects will also contribute to strengthening ŽOS’s market position in the field of engineering production for the railway sector and strengthening exports for private foreign partners, “concludes Z. Lančarič.

For ŽOS Trnava, this order opens the door to a new segment in the field of mechanical engineering.

“The contract to produce frames is divided into 4 years, in 2022 we will produce 8 pieces of frames for a new generation locomotive that meets strict emission criteria,” explains M. Kyselica, adding: “We are glad to be part of a project with such a serious partner as Toshiba Railway Europe GmbH, for our stable end customer and partner Deutsche Bahn”.

The WLABmz sleeping carriages for RDC Asset GmbH are designed primarily for transport of passengers within Europe. The project is in line with the long-term strategy of ŽOS Trnava in the segment of modernization of passenger cars and expansion of its operation on the market for foreign customers.

This year, ŽOS Trnava is doing well. At the beginning of 2021, ŽOS Trnava also won a tender for almost 14 million euros for the development, construction, and delivery of 90 pieces of freight self-dumping 4-axle wagons of the Faccns series for the Austrian ÖBB and concluded a contract with Waggonbau Niesky for 130 German car wagons. In July, they also concluded a contract under which revisions of sleeping wagons for the above-mentioned RDC Asset GmbH will be carried out in a guaranteed range of 10 wagons per year.

Based on measurable and ambitious long-term goals, ŽOS Trnava a.s. wants to become a competent strategic partner of its customers.